What people call the truth is nearly always made up of two things: what happened and what it means. “What happened” refers to the actual happenings as a VCR might record them. “What it means” refers to all of the story that people bundle into the truth in their minds.
For example, at a basketball game, the team you’re rooting for may score a last second shot from mid court to win the game by 1 point. You might present the “truth” that your team scored a brilliant last second come from behind win. A fan who supports the losing team might describe the “truth” of this same event as your team making a desperate but lucky shot to steal the game from the better team. If both of you are telling the truth, how can your accounts be so different? Because, the truth is only that a shot was made that won the game; the rest of what both of you told as the truth would more accurately be meaning, story, or interpretation. It is vital to distinguish what happened from the rest of the meanings and interpretations that people add. This is especially true because so much of the meaning and interpretation happen automatically at a very emotional level and so much of it has the power to determine our happiness and fulfillment if we allow it to. Perhaps the fans of the losing team will be angry and unhappy for weeks over that single victory. A player on that team might even decide that it means that he is unworthy of athletics and drop out of the program. That same player could instead decided that it means he should practice more so that he can win the next one. The decision of which story to attribute to the outcome of the game may very well decide much of that person’s future!

- learnings from landmark
Posted by Riley at 10:49 PM No comments:

and it has nothing to do with Snoop or Akon.

He that is good for making excuses is seldom good for anything else.
Benjamin Franklin

Bad excuses are worse than none.
Thomas Fuller

For many people, an excuse is better than an achievement because an achievement, no matter how great, leaves you having to prove yourself again in the future but an excuse can last for life.
Eric Hoffer

An excuse is worse and more terrible than a lie; for an excuse is a lie guarded.
Alexander Pope

Not hing is impossible; there are ways that lead to everything, and if we had sufficient will we should always have sufficient means. It is often merely for an excuse that we say things are impossible.
Francois La Rochefoucauld

the only credible use for them is as toilet paper.
Posted by Riley at 11:13 PM No comments:

Well, it's all over and done. I've entered into the recovery stage of my surgery. I even got a picture for a keepsake! Omg so much soreness...

But I did wanna say thank you to everyone who came to see me while i was incapacitated. You have no idea how much I appreciate the cards, flowers, balloons, and just having u take the time out to come. Actions speak so much louder than words.

Also, from my previous post, I'd like to thank Jacqueline. I took the time today to read into what you left for me and there was a lot of handy information in there.

The Eye of the Beholder 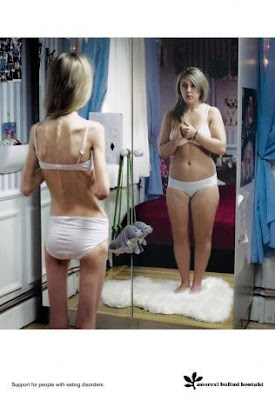 The week has arrived. At roughly 2 PM on Thursday, I will be checking in to Methodist Hospital. I have been trying unsuccessfully to psych myself out in regards to the whole thing. The truth of it all is, I'm really not ready to be cut open. I'm not ready to have my uterus cut open. I'm not ready to find out just how bad my case really is. And i'm not ready for the 4-week aftermath of the whole thing. I'm over the fact that I wont be celebrating my birthday. As far as birthdays go, I havent had a decent one since I was 19. I've reached the point where October 4th, is just another day of the year.

I'm not gonna sit here like everyone else, don my rose-colored shades, and pretend that it really is all going to turn out ok. Because in the reality, after the upwards of 7 or so consults I've endured with 3 different doctors, I'm more aware than I'd like to be. I wish I knew less about the whole thing, short of the "recovery time". I wish I could go into the whole thing believing it'd be 30 minutes of my life. 30 minutes is easier to stomach than 3 hours. The thought makes me nauseous...


So the next time someone says to you "hey, at least you have your health," sit back and think about it. You actually do have something there.
Posted by Riley at 11:56 PM 2 comments:


really? why all the bias? they lost by generally the same. amount.

that's that bullshit.
Posted by Riley at 5:00 PM No comments:

Myomectomy is the surgical removal of fibroids from the uterus. It allows the uterus to be left in place and, for some women, makes pregnancy more likely than before. Myomectomy is the preferred fibroid treatment for women who want to become pregnant.1 After myomectomy, your chances of pregnancy may be improved, but are not guaranteed.

Before myomectomy, shrinking fibroids with gonadotropin-releasing hormone analogue (GnRH-a) therapy may reduce blood loss from the surgery. GnRH-a therapy lowers the amount of estrogen your body makes. If you have bleeding from a fibroid, GnRH-a therapy can also improve anemia before surgery by stopping uterine bleeding for several months.

Surgical methods for myomectomy include:

The method used depends on the:

What To Expect After Surgery

The length of time you may spend in the hospital varies.

Recovery time depends on the method used for the myomectomy:

Why It Is Done

Myomectomy preserves the uterus while treating fibroids. It may be a reasonable treatment option if you have:

How Well It Works

Myomectomy is the only fibroid treatment that may improve your chances of having a baby.2 It is known to help with a certain kind of fibroid called a submucosal fibroid. But it does not seem to improve pregnancy chances with any other kind of fibroid.3

Some studies suggest that myomectomy may also lower the risk of miscarriages among women with fibroids. But there are not yet good enough studies to know for sure.2

After myomectomy, a cesarean section may be needed for delivery. This depends in part on where and how big the myomectomy incision is.4

Recurrence. Fibroids return after surgery in 10% to 50% of women, depending on the original fibroid problem. Fibroids that were larger and more numerous are most likely to recur.1 Talk to your doctor about whether your type of fibroid is likely to grow back.

Risks include the following:5, 6

What To Think About

When trying to get pregnant after myomectomy. Because fibroids can grow back, it is best to try to conceive as soon after a myomectomy as is safely possible. Experts recommend:1

When incisions have been made into the uterine wall to remove fibroids, future pregnancy may be affected. Sometimes, placenta problems develop, such as placenta abruptio or placenta accreta. During labor, the uterus may not function normally, which can make a cesarean delivery necessary.

In rare cases, a hysterectomy becomes necessary when the surgery reveals that the uterus is too overgrown with fibroids for a safe myomectomy.

This is what I am faced with, and this is what I'll be doing with my 23rd birthday...at the least I can definitely say i've never disliked a birthday so much before.