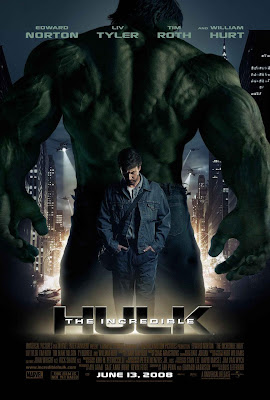 Here's hoping that Ed does a better job of bringing in the masses than Eric Bana did a few years ago. 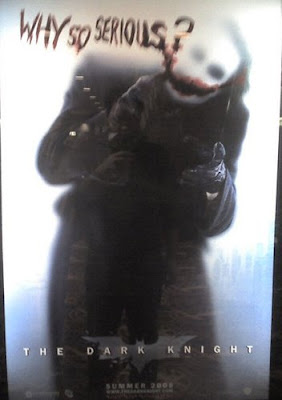 Heath has made this the first Batman movie that I am willing to actually see in the theater. It saddens me that he wont be around to see the effect his Joker will have on the Batman series.
Posted by Riley at 9:10 PM 1 comment:

The hammer of Justice 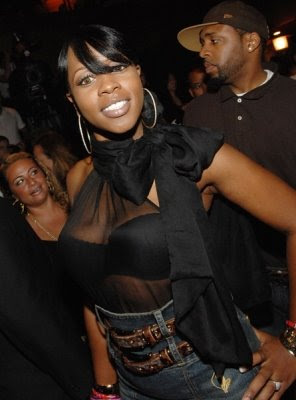 As the world knows already, and as I wish my PC had been running at a decent speed, Remy Ma was sentenced to 8 years in prison on May 13th. I think she had it coming for two reasons. One, she didnt even act, appear, or speak apologetically, until it was time for the verdict to be rendered. She strutted triumphantly, like she was going to receive the Lil' Kim treatment. Two, she shot her "friend" in the stomach over money. If my "friend" ever even pulled a gun on me, there would be hell to pay, beyond court-ordered time.
Posted by Riley at 1:59 PM No comments:

what's becoming of us? 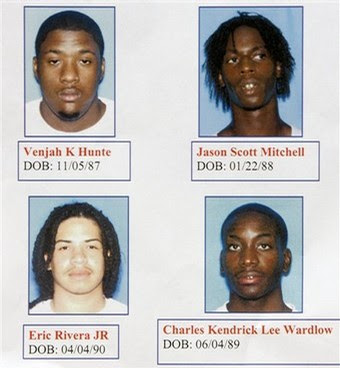 The 5 suspects wanted/charged with the murder of Sean Taylor range from 16-21 years old. The oldest of which, being Venjah Hunte made a deal that got him 29 years in prison. I wish i could see what he would have gotten if not for that deal. They're like fresh out of high school. Their lives are finished. And I thought things were bad when I was younger. 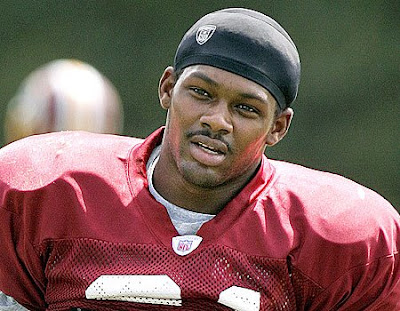 Sean Taylor
Posted by Riley at 9:27 PM No comments:

Whitney wants to be on top "I want other women in America to feel good about themselves," she said. "I want people to look at me and say, I don't have to starve, I don't have to have plastic surgery." - Whitney Thompson, the latest winner of America's Next Top Model. Knowing she won makes me upset that I didnt sit and watch this season, or at least watch the finale. Congrats to Whitney. It only took 10 cycles/5 years to get a plus-size in that Winner's Circle.
Posted by Riley at 10:27 PM No comments:

A young woman in Florida has an impeccable memory. A memory that only a handful of people all over actual have. She remembers everything. Like how a computer should function. 42-year old Jill Price can tell you what happened on January 5th 1983 at 10:24 am. That's how spectacular she is. It just happened one day too, consistently, since the age of 14. I would very much like to have a super memory. I wish I could remember the little things, things that are simple or minuscule to other people. I wish i could remember so vividly, my younger days. But at the same time, I am extremely glad that I dont have a super memory. Because there are things right now that I wish I could "Eternal Sunshine" and start over with. And if she has any of those kinds of memories, which i'm sure she does. I feel sad that she cant even block them out as others do. 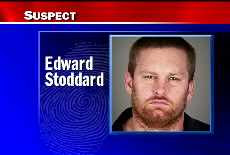 Evidently, Edward Keith Stoddard Jr killed his neighbor, over a missing PS3. He fatally shot the neighbor after getting into an argument over the whereabouts of the PS3. I didnt realize the $600 system was worth the rest of your life in a prison. I didnt realize gaming was that serious for some people.
Posted by Riley at 7:33 PM No comments:

Who hasnt at one point or another wished they were smarter? I know I sure did (still do). Or at least that I had the focus to get through school without issues on top of issues (ADD, it affects lives). If i had a super-IQ, I'd breeze through school just like this one. I'd also take my 3 degrees (because i'd take the time to get that many) and cure some world problems. Little Moshe here started college two years ago, when he was 8 years old. For the record - no one that enjoys advanced statistics, is human. That includes this 10-year old genius. 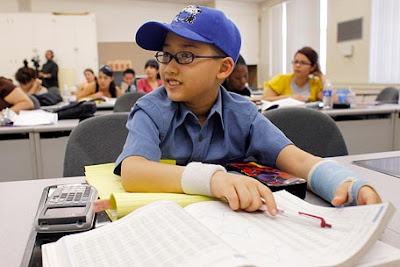 Before i could even get my mind around Myanmar (with the death toll near a staggering 128,000), I had already found myself crying over the massive loss of life, especially children, that occurred in China. The 7.9 magnitude earthquake in Sichuan changed everything forever. The fact that children recovered from a toppled school with broken bones and severed limbs were the "lucky ones", was enough to break my heart. It's said that over 900 children alone were lost when that school fell. Can you imagine? As of now, they've lost about 10,000 people. That's almost 150,000 lives in a matter of weeks. And on top of that, it's thought that Myanmar has another cyclone on its way. I dont even want to think of what would come to be if/when these things occur in America.
Posted by Riley at 5:26 PM No comments:

And they are bigger than ever. Season 2 of American Gladiators has added three new gladiators so far. There are rumors of at least one more...I think his name is Zen. But we'll have to see next monday =0) Old School TV is the new New School TV... 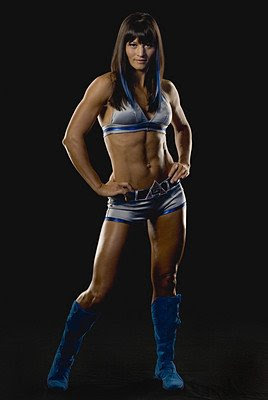 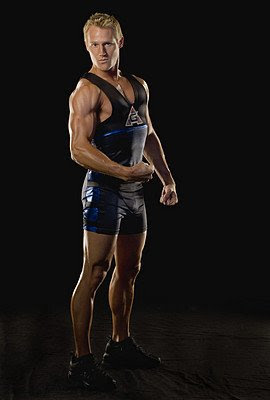 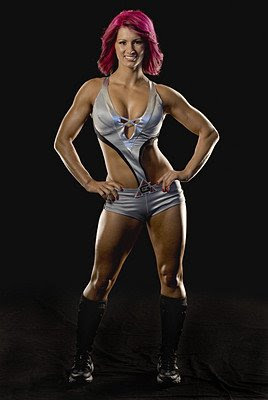 Elizabeth and Jacob take the cake this year. Although, given the rate of births, wasnt it all pretty close?
Posted by Riley at 6:23 PM No comments:

Must and must not Must-See - Steve Carell, Anne Hathaway, Dwayne (The Rock) Johnson, Terry Crews, and Dave Koechner. It's comedic gold. And the show was hella funny too. That's what I call great casting. If you dont know the story of Smart - Maxwell Smart (Steve), Agent 86 for CONTROL, battles the forces of KAOS with the more-competent Agent 99 (Anne) at his side. Rocky and Terry play Agent 23 and 91 respectively. 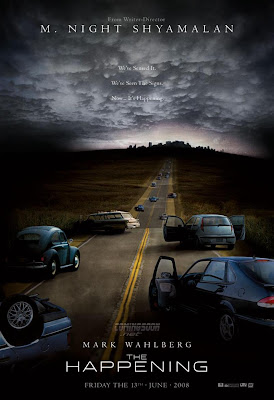 Must-See - I saw the non-teaser trailer for "The Happening", and I think even haters of M. Night Shyamalan (The Village, Lady in the Water) should join his followers (The Sixth Sense, Signs, Unbreakable, Wide Awake) and go see this one. I wanna see it just so I can know what the hell causes such random symptoms. Although they arent symptoms but moreso stages, the third being fatal of course. 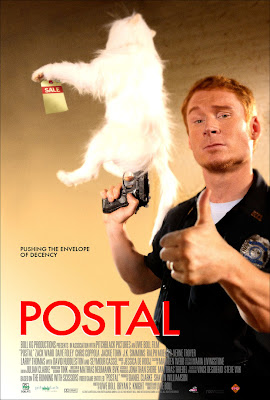 Must-NOT - Seriously. If you havent heard of this movie yet (with its apparent theatrical release being 5/23/08), there is a reason."Postal" is...not a very good idea in my opinion. Its basically a hunt for Osama Bin Laden. It's very over-the-top and quite abrasive. Evidently its supposed to be what Harold and Kumar/Scary Movie/other pop-culture abusers build to, except that it starts there and pushes past any metaphorical envelope that ever existed.


And lastly, because I never mentioned it before - I thought Cloverfield was fantastic. I know half of America was pissed off when they went to see it because research wasnt done and they were expecting a movie-movie and not a documentary-movie, but I thoroughly enjoyed it. My mom even watched it and loved it. And she despises 'monster' pictures as she calls them. I very much look forward to "Untitled J.J. Abrams Project - Cloverfield Sequel"
Posted by Riley at 7:59 PM No comments:

One of my not-so-secret loves is starting off his cinematic year with horror - my favorite genre ^_^ Let the eye-candy withdrawal cease. And the trailer has me spooked...its along the lines of "mulberry st." like that real, true-to-life, could actually happen kind of horror. 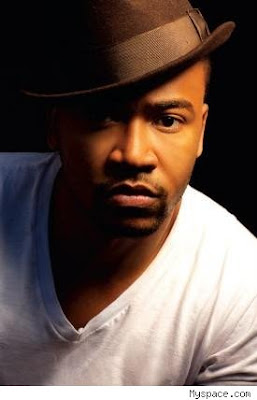 Horror films seems to be working these days for a number of actors. For one thing, if the film goes #1 at the box office, it gives a lot of exposure to the actors in the film, and for some, that's a whole new fan base. It's worked for Idris Elba in 'Prom Night' and Columbus Short and Steve Harris hope to grab some of that attention when their horror film, 'Quarantine' opens up this Fall. Television reporter Angela Vidal (Jennifer Carpenter) and her cameraman (Steve Harris) are assigned to spend the night shift with a Los Angeles Fire Station. After a routine 911 call takes them to a small apartment building, they find police officers Wilensky (Columbus Short) and McCreedy (Andrew Fiscella) already on the scene in response to blood curdling screams coming from one of the apartment units. Unbeknownst to them, a woman has contracted a rare strain of rabies.... fall into the story here (Source BV.com) 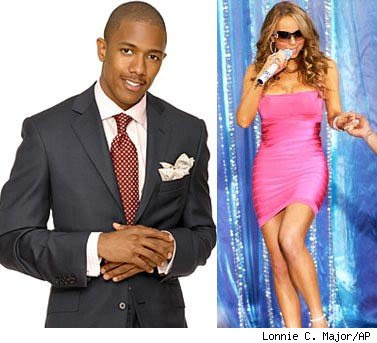 Nick Cannon must have the key to women's hearts!

Following various reports of the young black Hollywood bachelor being linked to top-selling music diva Mariah Carey, it is now reported that the two are officially married.

'Latina' magazine takes claim at breaking the story on May 1, stating that a source close to Cannon confirmed the couple held a small "impulsive" ceremony at Carey's recently purchased home in The Bahamas.... Read more here
Posted by Riley at 6:23 PM No comments: